Projects Carried Out By Kids in Schools that Educate for Entrepreneurship


This page is a continuation of the Kids Initiate page. On this page, we write about additional projects of students, children, and youth studying the Israeli Entrepreneurship for Kids (EFK) program. Some of the projects are social, while others are inventions, and they all give the children the feeling that they, too, can realize their ideas.

As part of the entrepreneurship studies, the execution of a project designed by the students is important. It promotes significant learning while understanding the entrepreneurial process not only in theory but in practice as well.

The role of teachers in the entrepreneurship process is to serve as mentors that encourage students, show them the way, and give them the knowledge to succeed as well as cope with the difficulties that arise during the entrepreneurial path, both on a personal and practical level.


Ella Livna and Ziv Hochberg from the Sadot School participated in the first national virtual hackathon for students in Israel and won third place.

This video is their pitch:


The two girls have developed a Corona Kit that includes ingredients and instructions for making alco-gel, three masks, and games (like sudoku, bulk, etc.).

According to them, the project came to solve people's boredom during the lockdown period.

To the question, how was the idea born? they answered so: "Ziv saw a video on how to make alco-gel, and from there, we developed the idea."

The judges wrote as feedback: "Ella and Ziv, well done! Your idea for the project is charming and combines both a solution to relieve boredom and a solution to maintain health." 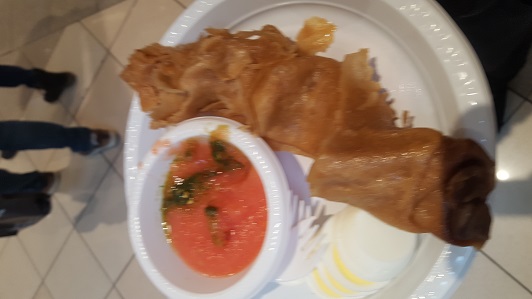 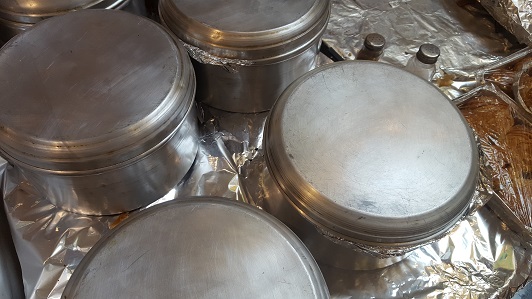 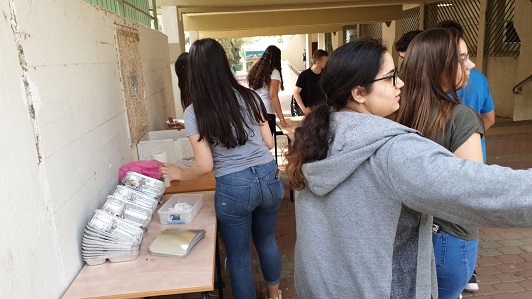 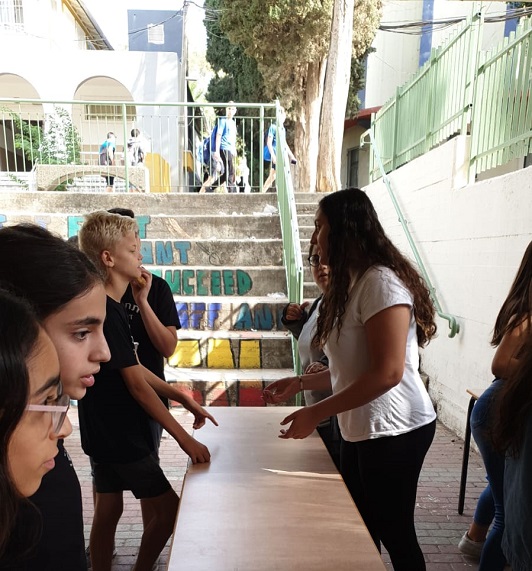 A ninth-grade entrepreneurial class in the De Shalit junior high school in Rehovot, led by teacher Shai Abramovich, established a venture of selling jachnuns to the school students.

Jachnun is a traditional Yemenite food that is popular in Israel, especially on weekends.

In the first place, the goal of the students was to lead a business venture through sales.

To differentiate their project, the students understood that they had to offer for sale something that was not sold in the school cafeteria or in shops near it.

After a brainstorming process, they came to the conclusion that they should sell Jachnun + crushed tomatoes + Egg. That's how people are used to eating jachnun.

The young entrepreneurs managed and planned the entire operation for preparing the food. They made price lists, advertised, and even found someone who donated them plates.

The venture went well beyond what was expected. Already in the first break, revenues were over NIS 1,000. In light of the success of the project and the demand from the school students, the entrepreneurs led three jachnun sales days.

The event: Entrepreneurs Conference
The entrepreneurs' students: Students at the A.D Gordon School in Kfar Saba

Students at the A.D Gordon School acquire entrepreneurial skills and experience the entrepreneurial process to prepare them for real life. They learn to be independent learners, express their strengths, be proactive, and believe in themselves.

At the end of the year, the school organized a conference of entrepreneurs, during which the entrepreneurs, who were third to sixth graders, presented their projects to their parents.

This video presents only some of the students' many ideas: 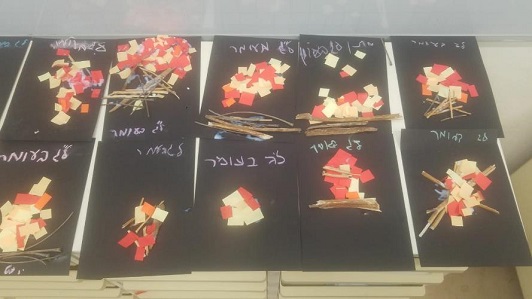 The idea was born out of thinking that instead of having a ceremony, we would conduct activities in which the students are involved and can engage in the study while preparing the activity.

The children decided to make presentations on Lag BaOmer that can include: the Lag B'Omer story, customs, a quiz on the topic, fun activities, and in the end, a work-related to Lag BaOmer.

The teacher said that at first, she was not sure that the children would succeed with the project. But to help them in the process, she harnessed her desire to empower the class and instill in students the belief that they can succeed.

The children wanted to conduct activities related to Lag BaOmer for grades first to third, which in the end, the participants would prepare a fire on bristols by using a mosaic of colors, papers, and twigs.

The entrepreneurial process made the young students think independently, organize themselves as a team, and act as a team for the initiative to succeed. It also made them understand that even if something does not work out, they can overcome it by rethinking how to solve the problem.

The children were divided into groups, where each group was responsible for guiding the activity in another classroom.

Some of the students prepared presentations on the subject of Lag BaOmer, while others took care of the materials, resulting in two groups collaborating. 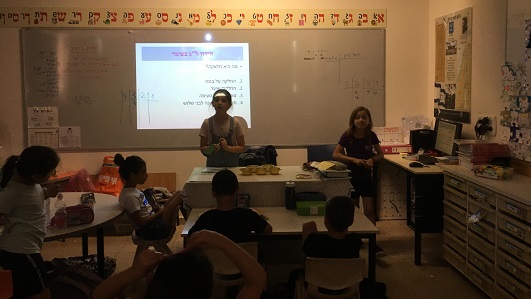 Teacher Dalit summarized the entrepreneurial process that the students underwent as follows:

"First of all, the students returned happily!

The spark in their eyes, the feeling that they did it alone and succeeded, gave them the sense that if they wanted to, they could.

There was fruitful cooperation between the various groups. Students volunteered to help other groups if something was missing.

There was a group that was unable to upload the presentation, and a second group gave them the Disk On Key with the presentation so that they could copy it to the desktop.

It was enjoyable to see them with sparkling eyes, happy, and lots of satisfaction."

The social initiative: Buying Games for the Children's Department at Tel-Hashomer Hospital
The social entrepreneurs: Fifth-graders at the Yitzhak Navon School in Shoham

The students of the Yitzhak Navon School in Shoham participated in entrepreneurship lessons for the first time in parallel to the teachers' institutional training.

The fifth-graders chose to realize a social initiative for the benefit of children hospitalized at Tel-Hashomer Hospital.

The goal of the initiative was to make the stay of hospitalized children more pleasant and enjoyable.


The idea was born after a student whose mother works at the Tel-Hashomer Hospital told the class that there is a room in the hospital called the "playroom," where there are various games for hospitalized children.

She also noted that there was a need for more games in this room, particularly for boys, and that the hospital would be happy to get such games.

To get new games for the hospital, the kids organized a second-hand market at school. They decided to collect games, toys, puzzles, dolls, and more from students.

The children turned to the students of the school, both in-person and via email, which was distributed to all the parents with a request for the items and an explanation as to why the items were needed.

After collecting the items, the children "priced" each item for 1 NIS to 20 NIS.

Together with the school administration, they decided on a day when the sale would take place in one of the Moshavim.

The children also took care of the marketing aspect: They advertised in the Moshav that there was a sale, presented all the items on large tables with prices, and managed to collect around 1,700 NIS.

In the next stage, the children made contact with the manager of a toy store in the area, presented to her their goal and received a discount to buy new games. She also added small "treats" she could give away.

The students, after coordinating with the same mother who works in the hospital, came to the "playroom" and donated the games that they had purchased for the sick children, in order to cheer them up.


The children summed up the initiative as a particularly successful, thanks to cooperation along the way between all the following factors:

* The cooperation of children and parents in bringing items

* The cooperation of children and parents in buying games and toys

* The cooperation of the toy store manager

* The cooperation of parents in coordination with the hospital

* Parents helped with the transportation to the Moshav

The technological initiative: Integrated Washing Machine
The young inventors: Sixth-graders at the Hayovel School in Ashdod

The students thought of the need for young people to wash their clothes. On the one hand, they do not have much laundry of the same type to fill the washing machine quickly. On the other hand, they want to wear clean clothes.

That's where the idea came to prepare a model of a washing machine, which in one wash, it can wash without destroying three types of laundry: colored, white, and towels.

The safety project: Airbag for the Student's Chair
The young inventors: Sixth-graders at the Hayovel School in Ashdod

The entrepreneurial students are familiar with the phenomenon in which children swing on the chair and sometimes fall back.

These falls can end in disaster, especially if the falling student did not have time to stop themselves and ends up hitting their head.

To prevent such injuries, students thought of installing an airbag in the back of the chair. So, during the fall, the pillow will swell and protect the student's head.

The project: Bottle of Shampoo and Conditioner in Common
The young inventors: Sixth-graders at the Hayovel School in Ashdod 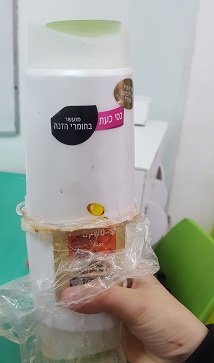 While washing their hair, the young students use the shampoo and then the conditioner.

To make it easier for them when they sleep away from home, they would like to have one bottle, which contains one side of shampoo and the other side of the conditioner.

After looking for such a product and being unable to find one, they decided to develop it on their own, like the prototype in the picture.

The environmental initiative: Planting Plants in Public Areas
The entrepreneur children: A green initiative group in Be'eri school in Netanya 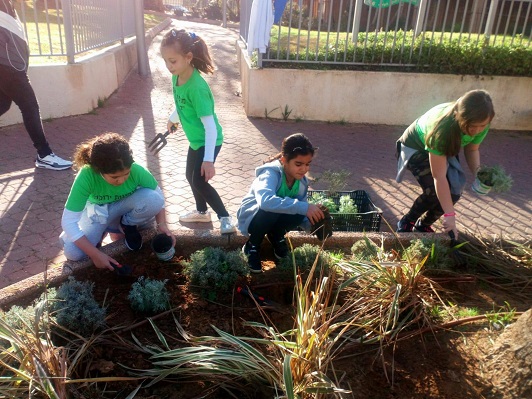 The Be'eri School educates for green initiatives and personal empowerment.

The green initiative group in the school, led by the teacher Sigal, went out to the public park in Weizman St. and planted seedlings.

The project was executed with the cooperation of the Administration Wing of Districts and Parks in the city, as a part of the Tu BiShvat events.

The social initiative: Mentoring First-grade Students
The entrepreneur children: Children aged 10-13 who participate in the entrepreneurship course in China 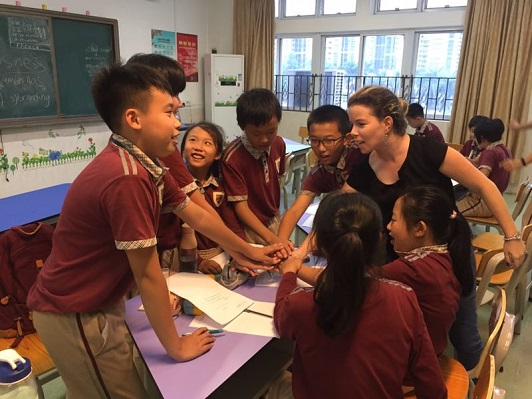 The Entrepreneurship for Kids Program is also taught in China.

Children aged 10-13 from china who participate in an entrepreneurship course at the School of Languages initiated an educational and social project for the school's community.

The group of young entrepreneurs planned a special mentoring seminar for the future first-graders who are joining the school. In this seminar, the older and experienced students aid the younger to acclimate in their new school, share with them practical tips, and give out a unique advice notebook that they designed and wrote themselves.

The technological initiative: Alarm That Sprays Water
The entrepreneurial group: Children aged 10-13 who participate in the entrepreneurship course in China 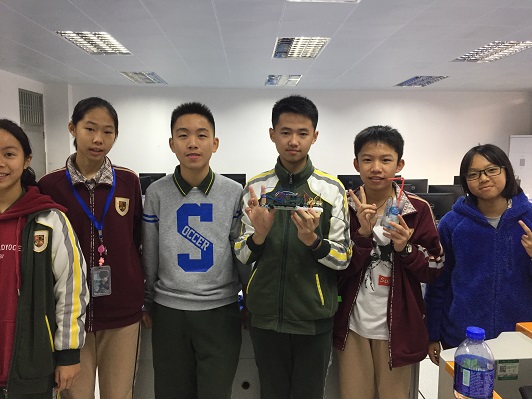 The children thought about problems that annoy them, and one of them was how hard it is to wake up by the clock ringing.

One of the ideas that arose was to develop an alarm clock that also sprays water on you so that those who find it hard to wake up in the morning will wake up quickly.

The young initiators programmed an alarm clock that contains a function of spraying water using the Arduino hardware.

The educational initiative: Miniature World Park
The young entrepreneurs: Participants of the entrepreneurship course in China 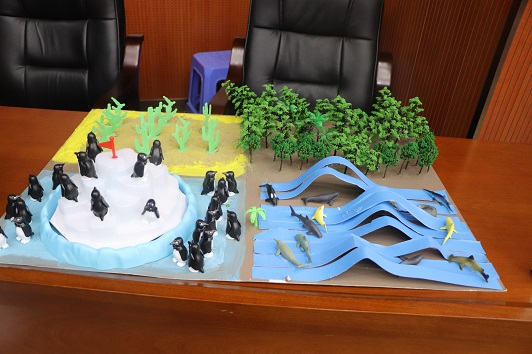 The group of entrepreneurs, participants of an entrepreneurship course in China, thought of an idea for an educational initiative meant to illustrate the different geographic areas around the world.

The project's mission was to allow curious tourists from all over the world to be exposed to different places around the world, in just one place.

As part of the project, the children created a model of the park, which resembles four distinct geographical areas: Ocean, Desert, Forest, and Polar.

The children built a simulation room that enables a peek into how the area will look and what activities it will contain.

Read about many more children's initiatives on the Kids Initiate page.