Global Entrepreneurship Week 2021 takes place in about 180 countries worldwide, as well as in Israel with a hybrid, virtual, and face-to-face event.


The following schools contacted Galit Zamler and shared that they mark the week in variety ways:

Here are some of the events Galit Zamler participated in and some of the photos that were sent to us. 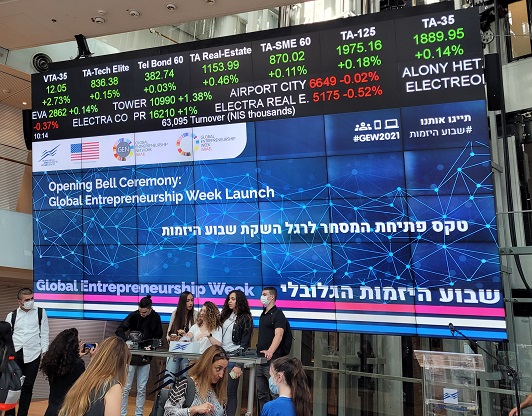 A festive event opened the Global Entrepreneurship Week in Israel at the opening of trading at the Stock Exchange.

Students representing various schools around the country attended the event, and distinguished speakers and entrepreneurs shared their entrepreneurial journeys with attendees. 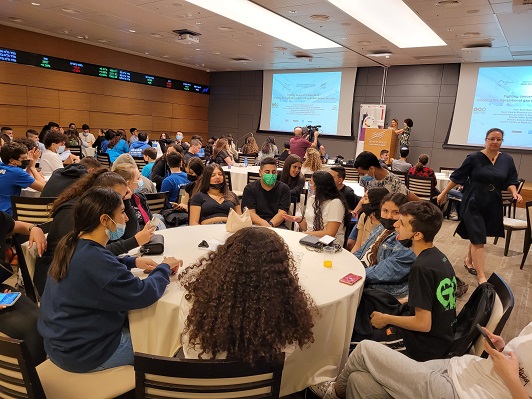 Galit Zamler was also invited to lead a round table with students from the Entrepreneurship program at Ron Arad High School. We discussed whether we have skills from the entrepreneurship arena, how important they are, and to what extent they are required.


Galit then described her experience with the Scale Challenge of the Entrepreneurship for Kids Program and how she transformed the program from a one-class initiative to an international entrepreneurship program. 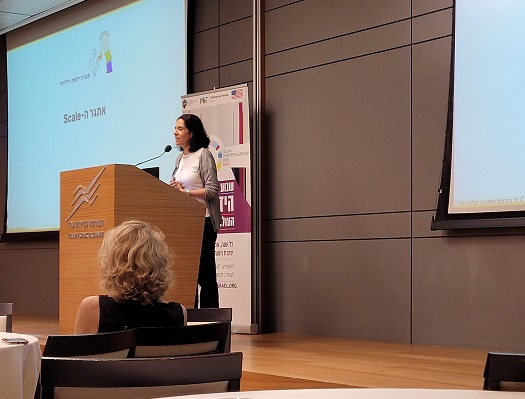 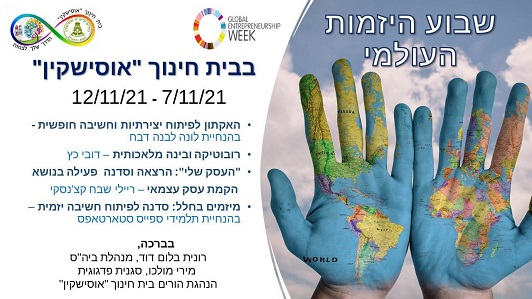 Workshops, creative thinking, initiating, acting, and dreaming were all part of the week's activities.

A parent at the school, Dovi Katz, gave a fascinating lecture on robotics and artificial intelligence to students in the sixth grade.

Under the guidance of teacher and program leader Ruby Alon, Spice Startups students from the sixth grade delivered activities about environmental and social issues related to space for students in third and fourth grades.

Students in 5th grade attended a hackathon event during which they had to create a product or come up with a venture that could be used in two or more ways. Students had to work in groups, make decisions, and stand in front of an audience under time pressure.

Four of the ten teams tackling the challenging task excelled in the following areas: creativity, eco-friendliness, winning presentation, and collaboration.

Along with the various events and activities, classes also focused on entrepreneurial and creative thinking.

Several entrepreneurs shared their experiences with the students at the Be'eri School in Netanya, run by Amalia Holvinger and uniqueness coordinator Anat Elovich:

Yuval Massuri, a volunteer in the Bereshit spacecraft project - SpaceIL, spoke to the students about the spacecraft and how they continue to be motivated after the first failure.

This year, as in previous years, the school also invited social entrepreneur Amit Saban to share the story of the association he founded, Youth for Youth, following a personal experience. 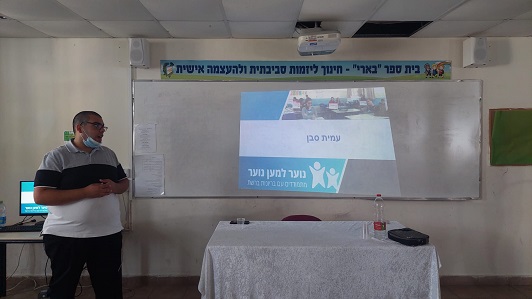 Ayala Geron is another entrepreneur who was first hosted at the school.

Ayala works in the high-tech industry. She invented and developed two board games that have gained international acclaim. Additionally, she is a social entrepreneur. 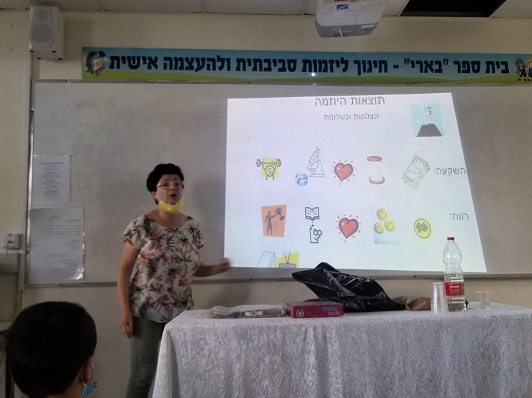 Rachel Avigad's "Good Point" project was also presented to the students. Rachel talked about the project's benefits to the dialogue between parents, teachers, and students in her online lecture. 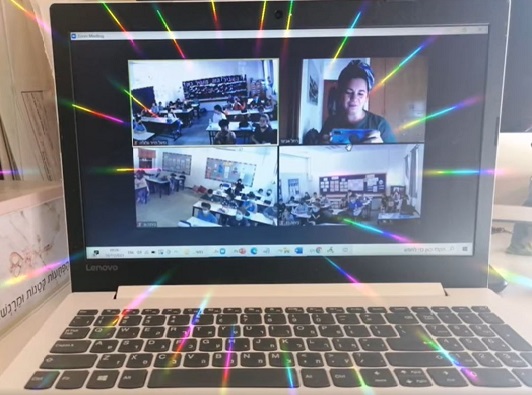 
As part of the international hackathon with students from India and China, students in the Nachshon class at Gvanim Middle School in Kadima Zoran participated in another meeting of five this week.

"Save the world through our trash can" - Amit Mestechkin, consultant and lecturer on reducing food waste in businesses and households. The other lecture was "Green roofs to solar sheds in public space" by Ital Batzir Elsheich, a Rehovot City Council member who is responsible for sustainable development and innovation. The lecture enriched the students' knowledge about environmental initiatives around the world and in Rehovot.

Students have been introduced to entrepreneurship innovations, problems and solutions, and initiatives that can positively impact our environment.

GEW was celebrated for the first time this year at the David Bloch School in Tel Aviv, under the direction of Sharon Shloman.

The following activities were planned for the school: 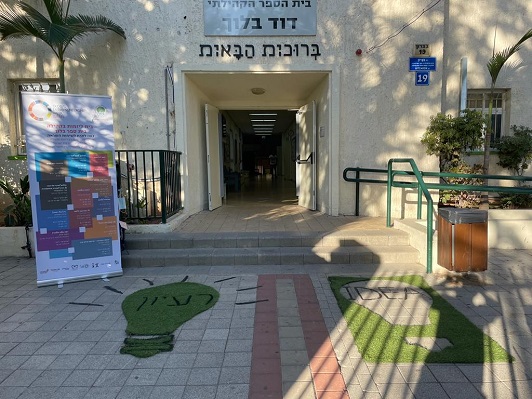 A number of entrepreneurs, some from the school neighborhood, gave lectures to students during the week.

The students held a take-and-give fair in addition to the entrepreneurs' lectures. 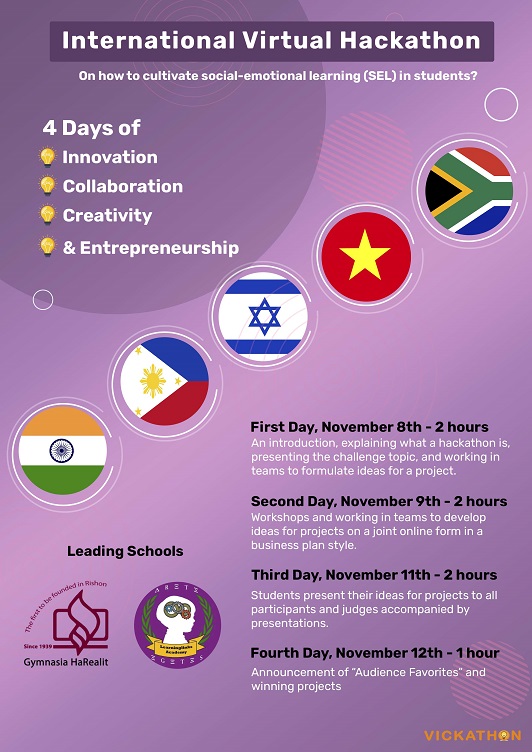 The hackathon lasted five days during GEW 2021. Four of these were synchronous, and one was asynchronous work of students in mixed groups on their project ideas.

The following video concludes the hackathon:


This year, Teddy Kollek High School, led by Principal Sonia Refaeli, formulated its uniqueness of entrepreneurship and innovation. As such, it took an active part in Global Entrepreneurship Week. The week was planned and organized by the entrepreneurship coordinator Merav Maman. 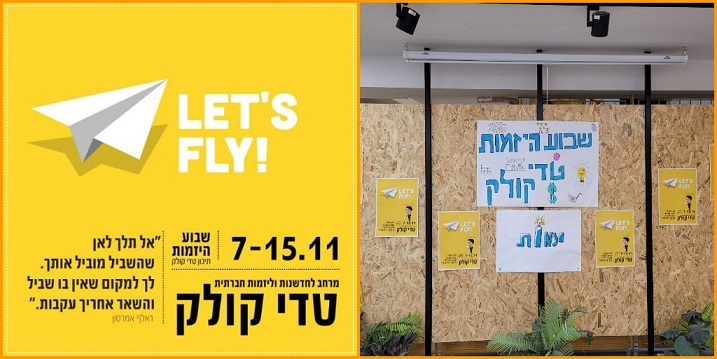 During the week, the students heard lectures from guest entrepreneurs. Among them was Gal Benjamin Hamburger. 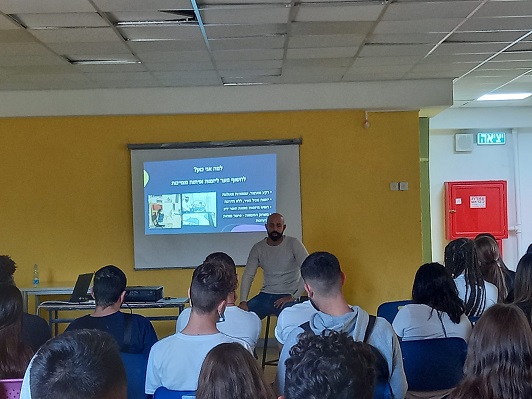 After the lecture, Gal wrote on Facebook as follows:

"Once again, it is a great privilege to reach young people and talk to them at eye level, about the Land of Israel and Zionism, about the startup nation and entrepreneurship, about how to get an idea and how to put it into practice, victories and failures, independent empowerment and development tools, aspirations, life ... Their feedback warmed my heart. I wish we would only have a good influence. Amen!"

The students enjoyed both the lecture and the game that taught them some financial terms, which are essential to know. 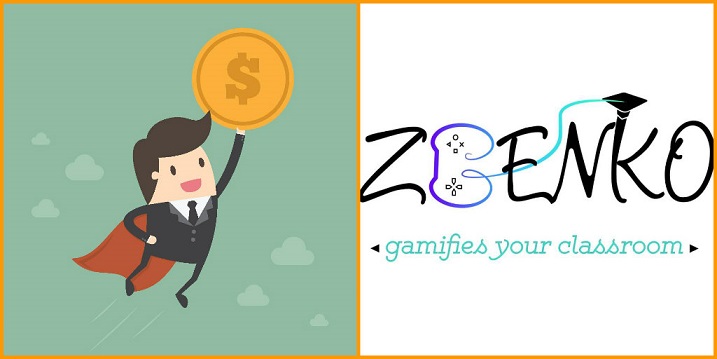 Throughout the week, the school held a series of hackathons so that each class could participate. In the end, the winning teams from the entire hackathon took part in a summit hackathon led by Galit Zamler.

The school summarized the week as follows:
"We ended Entrepreneurship Week with excitement, great experiences, inspiration, and a sense of pride in the students.
Thanks to everyone who took part!
This is the way education should be done!" 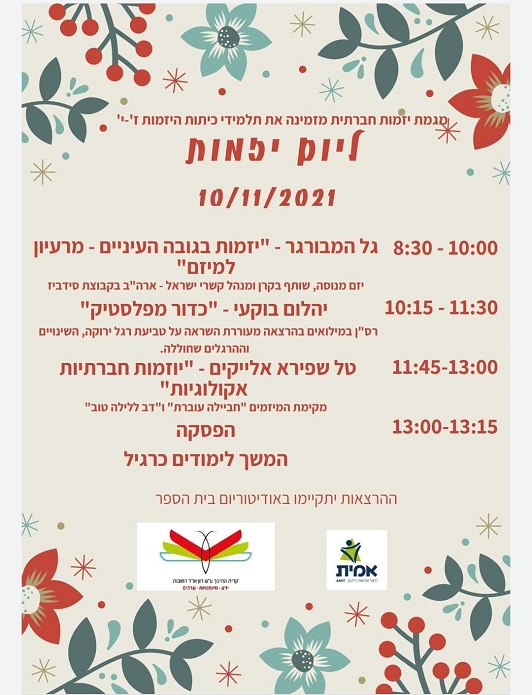 Gal Benjamin Hamburger, who later wrote the following, came to the school as a lecturer:
I gained a mitzvah again through Galit Zamler, who connected me with the Ron Arad High School, where over a hundred curious students awaited me. 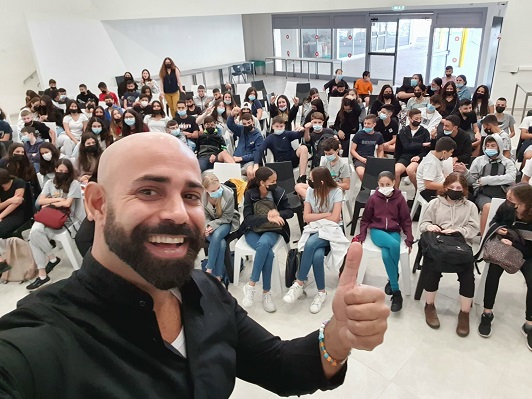 Yahalom Bukai, a major in reserve, gave an inspiring lecture on the subject of "Plastic Ball" - about a green footprint and the changes and habits it has brought about. 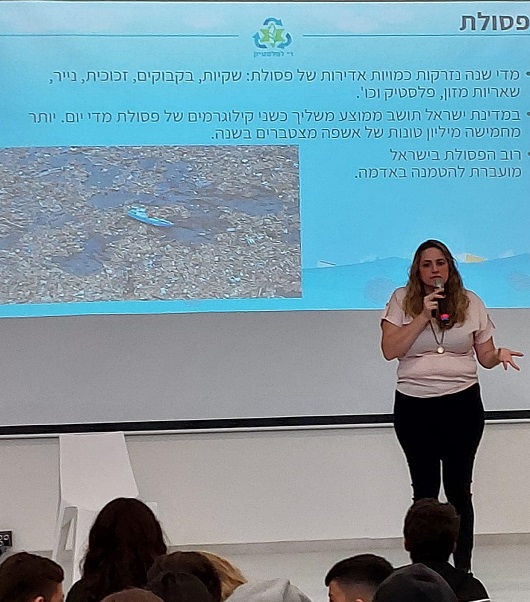 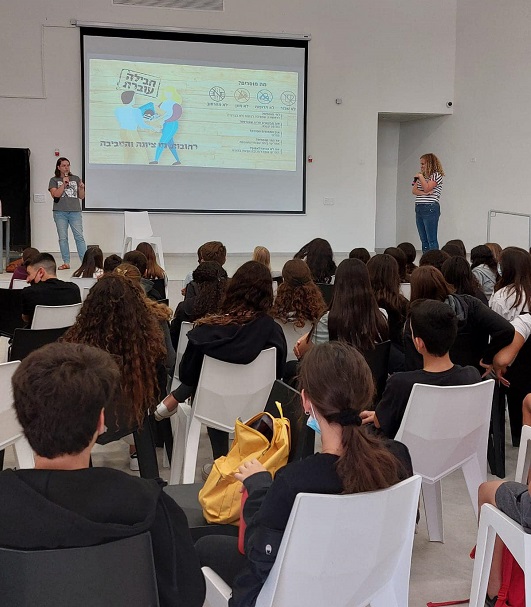 To learn more about events from past years of Global Entrepreneurship Week click here.