Being Attentive Helps the Entrepreneur
By Galit Zamler 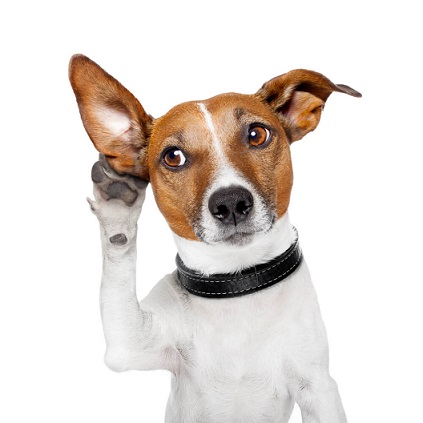 An entrepreneur who knows how to listen to the surroundings understands what needs to be done in order to succeed, and therefore education for attentiveness, from an early age, gives an advantage to the person as an entrepreneur.

Everyone should learn to listen to others, that no one knows everything and in every field, and even if you think you do, you should be willing to hear other people's opinions. You never know what benefits they will bring.

Listening as a Need for Learning

The entrepreneur hears and listens to suggestions, views, and ideas - and filters them. Some he/she accepts and some not. Great ideas might come from people we haven't even expected. Therefore, listening could be the key to an entrepreneur's success.

One can learn from everyone: from those who are younger than us, and even from small children or inexperienced people, or from those who are not engaged in our field. This message can be conveyed to children even at an early age. We can teach them, while we serve as a model, to listen to others, and ultimately make decisions.


An example of lack of listening from the entrepreneurial scene:

The Snap app was hugely popular with young people, until the company's founder and CEO, Evan Spiegel, decided to make significant changes in the application without checking it with the users and/or professionals.

Changing the app without listening to the users and colleagues turned out to be a critical issue in the application's life. When the changes were launched, users came up with negative reviews, some of them "voted with their feet" and switched to competing applications.


An example of paying attention from the entrepreneurial scene:

Ronni Shtekler, an Israeli entrepreneur, tried to define her target audience for the Learn English and Remember kit, which she had developed.

As she was speaking to herself loudly, one of her children overheard her and asked: "what about those who just didn't feel like learning English and were left behind?".

Ronni thought it was a great idea. This is a suitable target audience, which she did not know how to define, and here is a small child who helps her, even though he does not understand the term 'Target Audience.'

These days, even large companies brag that they are "attentive to customer needs." They have already understood that listening is the basis for success.

Eli Horovitz R.I.P. said this about listening: "The Israeli tends to see himself a bit better than others, especially when he/she has 'proof' of it. The trick is to understand that you might be better off because you listen to others, and because you look at others equally." 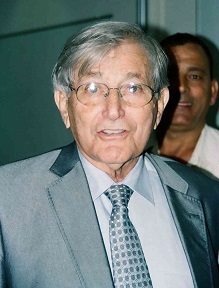 Knowing How to Accept Criticism 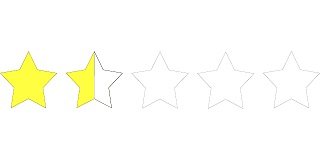 The entrepreneur who is passionate about the idea he/she wants to realize sometimes has difficulties listening to criticism.

Some entrepreneurs filter out reactions from the environment and only listen to those who support their idea while ignoring criticisms.

That's because they listen only to what they want to hear, even subconsciously.

Indeed, one of the issues of entrepreneurs is over-excitement about the idea of a project.

Statistics show that even among venture funds, where there are people who meet many entrepreneurs and examine many ideas regarding possible investment, eventually, the ratio of success to failure is about 1/10. This means that nearly 10% of the ventures were successful, and 90% failed.

In order to examine the idea in a clever and non-subjective perspective, as those who are in love with their idea, we better listen to criticism as well.


One of the most important tools an entrepreneur has is the ability to listen to customers and the environment. That ability enables the entrepreneur to identify needs and opportunities to improve and/or develop products and new services that customers need and want.

This is also true when it comes to salesmen. A good salesman is a person who listens to the potential client. The salesman will learn the client's needs and habits, and only then will he offer a product/service which will most suit that specific client.

Stephen J. Harvill explains in his book 21 Secrets of Million-Dollar Sellers that one of the secrets to success in sales is WAIT, which stands for Why Am I Talking? Instead, you should stop, keep quiet and listen." Meaning, in order to succeed in sales, we should stop talking and listen to the client. According to Harvill, all the researches in the world pale in comparison to what we can learn from a client if we would just stop and listen to him, because listening to clients improves our relationships with them, helps us understand better their problems, and solve them.

Amazon is a good example of how being attentive to customers leads to success: According to Paul Misener, 90% of the innovation that led to the success of Amazon's cloud services comes from customers' feedbacks, from listening to those feedbacks and from wanting to please customers.

Listening to customers and answering their needs is a much better way than looking at competitors and constantly trying to beat them because we can see the actions of the competitors only when they are published. Then we will always be in pursuit. However, if we evolve according to our customers' needs, we will know that there is a demand for our developments since they came from the market itself.

This point is critical to the success of entrepreneurs, as a study in the US found that most ventures fail because, in the end, they are not needed. Only if we listen to customers and their needs will we be able to go out to the market with products that will have a demand.

By the way, the Entrepreneurship for Kids (EFK) Program has also reached impressive achievements by listening to the needs of teachers, students, and school headers. The program constantly evolves according to requests from the users.

One of the key factors for success with various parties is coordinating expectations.

The need to coordinate expectations meets the entrepreneur in several nodes, including in front of investors, partners, suppliers, and customers.

The basis for coordinating expectations is the listening of the different parties to each other and understanding the things being said properly.

The same applies in front of partners. Sometimes, partners in the projects are quarreling because of misunderstandings and lack of coordination of expectations. Such situations stem from a lack of listening and, therefore, a lack of understanding among the partners. This can lead at some point to anger and frustration, which could have been avoided if only the partners were sitting together and talking about their expectations for the project and clarifying the role of each of them in the process.

When it comes to partners, it is recommended, after discussion, to sign on a Founders Agreement. The advantage of the founders agreement is that it forces each of the partners to raise questions, some of which also deal with problems that may arise in the future, such as responsibilities, the degree of investment of each of them, whether in money or in time, the contribution of each of them to the success of the venture, what happens if one of the partners leaves?, and how to handle with disagreements?. The preparation of the Founders Agreement also enables the partners to listen to each other and to understand the interests, the values, and motivations of each of them.

When it comes to coordinating customer-supplier expectations: whether we use supplier services, or whether we are the suppliers that serve customers, it is clear to us that customer satisfaction is derived from the expectations from the product or service. Therefore, it is important that if we are entrepreneurs at a beta stage, or if we have not yet developed certain features in the project, we will also make sure not to promise their existence, so that the customer will not be disappointed, but will be satisfied since he/she had received what he/she expected to receive and preferably even more.

Listening to the Stakeholders 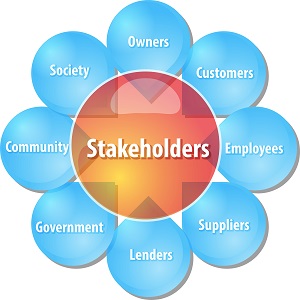 Every company, organization, and start-up exists in the environment of the stakeholders.

The stakeholders, as described in the above sketch, are shareholders, customers, workers, suppliers, lenders, the government, the community, and the society.

If, in the past, it was customary to think that an organization needs to put emphasize only on making a profit for the shareholders, even if it means hurting other stakeholders, today, things are different.

Nowadays, it's expected of each organization to be attentive to all stakeholders. The expectation is that a business will be profitable for shareholders, but at the same time will also be fair toward the costumers, the workers, the suppliers, and creditors. Besides, the organization will take care of the environment, will have a social responsibility, and will follow the rules of law and proper administration of justice.

The more an organization will succeed in listening and balancing between the needs and exceptions of every stakeholder, the more it will get recognition, loyalty, and long-term success.

This demand is directed today toward all the organizations and companies, even those who are the most successful such as Amazon, whose getting slammed for hiring employees under exploitable working conditions. The same is happening at Apple, whose being blamed for hiring contract workers under abusive conditions.

In 2019 the WeWork Company had been preparing for a public offering to raise money but got criticized for the way it was handled financially and the way decisions were being made in the organization.

Another company that got sued for breach of trust and hurting consumers is Johnson&Johnson, whose ways of marketing and promoting sales of painkillers were determined as misleading.

The emphasize is being shifted from immediate short-term gain at the expense of harming stakeholders, to fair profits.


Back to the home page