Optimism Encourages Us to Initiate
By Galit Zamler

Winston Churchill: "Success is moving from failure to failure without losing enthusiasm."

Our thoughts have a lot to do with our intentions of reaching achievements. Optimistic thoughts drive us to achieve high results, success, and encourage us to initiate, while negative thoughts depress us and hold back our progress. Hence the importance of education for optimism.

Bill Gates: "I can do anything I set my mind to."


The importance of positive thinking is not a recent invention. Back to the sources, we were taught that already in the book of Psalms 34:12; it is written: "Whoever of you loves life and desires to see many good days."

Lenny Ravitz, in his book, "Eternal Optimism," explains what positive thinking is and how you can adopt this mindset:

"Eternal optimism means knowing that every action we do, at any given moment, is a kind of choice, and what happened to us up to that given moment is part of our journey that we needed to learn, to develop, to get to where we are and become who we are." 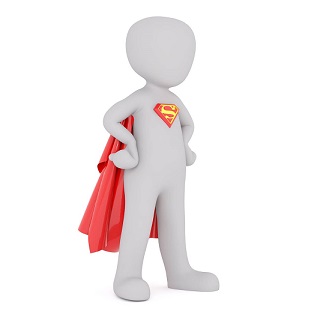 Dr. Rafi Yoeli - from Urban Aeronautics Company, which is developing unmanned helicopters to evacuate the wounded and to deliver ammunition and food supplies to combat zones, once said about the ambitious project: "We will succeed. It is clear to me. There's no other way - this attitude of optimism is necessary for the success of the enterprise."

There is a tendency to think that optimism is an inborn trait; Some say: I was not born an optimist, so can I be like this? A lot of things bother me, I see a lot of evil actions, and those don't make me think optimistically.

The difference between a pessimist and an optimist is their approach to the difficulties and problems: We become pessimistic when we encounter issues we do not know how to solve, and we are optimistic as we find solutions to problems and even turn them into an opportunity.

In Entrepreneurship for Kids Program within a meeting held that deals with humor and optimism, the children are asked to answer the question: 'Do they think you are optimistic or pessimistic?' (This is, of course, after they already understand the meaning of the terms). Some children consider themselves to be optimistic, but in the same breath, they say that one or both of their parents have a pessimistic attitude, particularly concerning them - the children.

An Example of Positive Thinking Activity:

Provide a piggy bank in which we'll put one penny - for each negative thought we have. The purpose of this is to be aware of our negative thoughts. The accumulated money can be used for another purpose (perhaps for charity).

At the end of the given time we decide on (day/week/month), we will get a vivid estimate for the number of negative thoughts that passed in our heads. This method trains us to avoid negative thoughts.

As with other issues, the model we serve for our children is the most meaningful learning method for them. Therefore, we as adults serve as a model for positive thinking as well.

And if adults among us find it difficult to be optimistic, it is recommended to watch this video about a guy named Nick Vujicic, a man without arms and legs with relentless optimism.

When a child talks about a bad thing that happened to him/her in kindergarten or school, we will listen and share our thoughts on the matter, but in the end, we will ask the child to also tell us about two good things he/she experienced or witnessed that day.

The Benefit of the Process

An entrepreneur who wants to launch a venture, directs his actions to success, but also wonders in advance: what would happen if the project fails? - As part of a process of taking calculated risks.

This spirit of positive thinking and an optimistic approach allows the entrepreneur to understand what benefits he/she will generate from the process even if the project eventually fails.

This way of thinking encourages doing and allows the entrepreneur to enjoy the process and succeed.

The fear of failure deters us from trying to achieve our goals, but thinking about the benefits that will gain from the process of achieving goals, encourages us to realize our dreams and keeps the fear of failure away.

Understanding that the process itself is contributing to us allows us to act and advance.

To encourage entrepreneurship in every field, it is advisable to write down what would happen if we succeed?, What will happen if we fail?, And what would we gain from the process regardless of the outcome?

Often we will find that even though we may fail, then along the entrepreneurial journey, we will learn a lot, enjoy doing things, we'll get exposed to new ideas, expand our circle of acquaintances, and gain relevant experience. All these will be paramount to our success in the future.

The Advantage of the Experience:

As published in TheMarker IT, Dr. Eli Gimon conducted a study to examine the personal resources that contribute to the success of startups, and he found, among other things, that: "The prevailing belief among venture capital investors that there is no reason to fear of investing in a failed entrepreneur has been found as true. The study shows that either the entrepreneur failed or succeeded in the past, the fact that he/she has experienced is a significant component to his/her success."

We will ask the children to write in anonymous notes a challenging goal for the near future. We will collect the notes, and now randomly pull out the notes one by one. Then discuss with them: How can we achieve the goal? What are the chances of success? How will the process of the goal benefit the achiever either reaches the goal or not?.

Participants in the Entrepreneurship for Kids Program, who are setting up a project, are experiencing setting challenging goals and doing the actions required to achieve them. So are entrepreneur kids who have carried out their own projects. 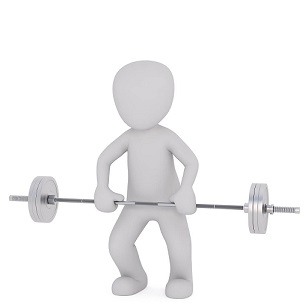 The decision to become an entrepreneur is the result of seeing the glass as half full. Anyone who sees only the difficulties would prefer not to try and make an effort, but focusing on the success drives to action.

To succeed, you need to focus on strengths and what you have because no one is perfect. The successful ones do not complain about what they do not have, but they use what they do have to achieve success.

The State of Israel, as a state, is an enterprise in itself, the people who established the country could continue to complain about the swamp, the Jewish minority, Arabs attacks, etc., but instead, they used every means at their disposal to fulfill the vision of establishing the state.

And long before the establishment of Israel in the Book Of Numbers, we can notice two different approaches regarding the Land of Israel:

Those who chose to see the glass half empty said: "The people who live there are powerful, and the cities are fortified and very large."

While those who chose to see the glass half full said: "The land we passed through and explored is exceedingly good. If the Lord is pleased with us, he will lead us into that land, a land flowing with milk and honey, and will give it to us."

When it Comes to Kids:

To encourage children to succeed, we must state their strengths, and tell them that we believe in their ability to manage. This is how we'll nurture them to have high self-esteem, and encourage them to think positive.

The difficulty as an Opportunity 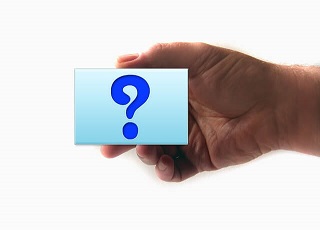 Entrepreneurs are people who are ready to deal with difficulties; difficulty does not deter them. On the contrary, they see challenges as a chance. The difficulty is kind of an entry barrier, and as many and higher the obstacles are, the fewer the people competing in the same niche. And here lies the opportunity for an entrepreneur who is willing to deal with those entry barriers.

An example of an enterprise that turned the difficulty into an opportunity:

The Israeli Office Textile Factory took part in a complex and important project:

The Difficulty: In the Hiriyah mountain, waste has been buried for over 50 years, and in its natural decomposition process, biogas was created. Until that project, biogas evaporated from the mountain and polluted the environment.

The opportunity: Utilization of landfill gas from the waste mountain Hiriyah, and converting fuel consumption into green energy.

Although the process of realizing the project, both bureaucratic and infrastructure construction, was with great difficulty, eventually, the venture was successful.

The success of the project expresses that the biogas used as an alternative energy source, which provides a significant portion of the energy consumption of the Office Textile Factory, thereby contributes significantly to the environment issue.

An example of an entrepreneur who saw difficulty as an opportunity:

Efi Arazi RIP, Founder of Scitex, which was one of the Israeli high-tech pioneers and one of the world's leading color printing companies, lost a critical project of the Defense Ministry to a company that provided a better solution. This loss motivated him to seek another growth engine, and thus he reached the digital printing field, which led the company to success.

When it Comes to Kids:

Today's messages to children, especially in the media, are that success can be achieved very quickly and effortlessly. The stories of glory about successful people barely mention the difficulties until success.

In reality, children learn that it is not easy to achieve success.

The contradiction between the messages conveyed to children and the reality creates a feeling of "something is wrong with me."

Therefore, it is essential to talk to the children and let them understand that success is achieved through effort, consistency, focusing on the target, competitive advantage, expertise, and more.

In everyday life, we will encourage the children to cope with difficulties. This dealing is a chance to practice methods and ways to overcome obstacles so that in the future, they will be able to deal successfully with more complex problems and see them as opportunities for growth.


Example of an entrepreneur who sees the opportunity in difficulty

Dave Waiser, the founder and CEO of Gett, an Israeli company with international on-demand ride-sharing services by professional drivers, told the Gett's story at the "Birthright" event:

For those who do not know Gett, we will explain that if everyone uses Gett services or similar collaborative ride services, then many drivers would prefer not to own a private car.

Dave asked the audience: "Who has a private car?" And most of the crowd raised their hands.

Dave's positive response was: "We still have a lot of work to do. There's great market potential here."

Dave's optimistic approach also helped the company at the beginning, when they had to raise money from investors, and he said he had reached all investors in Israel. Still, no venture capital investor wanted to invest money in the company. Only later, things changed.


How one company turned difficulty into opportunity?


In 2021, Under Armor encountered a problem. In honor of NBA basketball player Stephen Curry's new record, it planned to release a special edition shoe. Due to logistical issues caused by Covid19, the company had to change its plans.

The company decided to create virtual shoes for metaverse games platforms. The Genesis Curry shoes were launched on Decentraland, The Sandbox, and Gala Games.

This move turned out to be brilliant. The company has entered a new market of digital collectibles, which it has not been in until then. Virtual shoes are sold on this market using NFT coins, in which the price has reached hundreds of dollars, with gamers as the target audience.