Education for Financial Management from an Early Age
By Galit Zamler 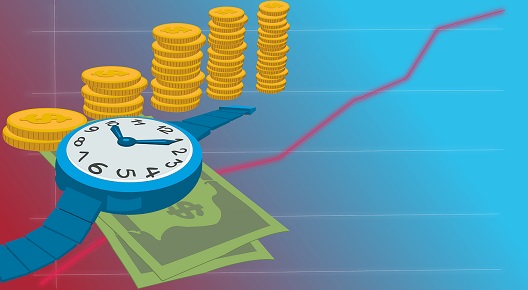 One of the most significant factors for the success of a project over time is a wise use of money.

Israel improves public education and financial awareness through the Ministry of Finance programs, some of which focus on students in schools. At first, these programs focused on adults and adolescents, but recently, these programs were extended to young students.

Financial education should begin at an early age in school because habits acquired in childhood are continued into adulthood. 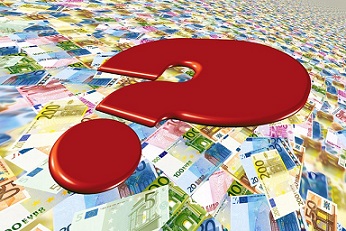 The entrepreneur's business plan refers to several financial aspects, such as:

How much money does it take to establish the project? Where will the money come from? What's the cost of the money? Predictable and unpredictable expenses and income, balance point, required budgets, and budgetary resources, service/product pricing, and more.

Beyond the basic mathematical knowledge required to do various financial calculations, the entrepreneur should also know how to act appropriately financially.

To succeed in saving until the point where you see income from the project, the entrepreneur must often perform a wide variety of tasks.

In an interview to the Maariv Business Magazine, the entrepreneurs of the successful company, Light and Strong, said:

"We established the company in 2007, at the ages of 25 and 28. We invested the little money we had and raised a couple of hundred NIS. We rented a place of about 400sq. m. in Yavne, and we hit the road based on the plan we had built for months.

The beginning was tough; no resources. You try to do everything with a minimum of money, so you end up as the delivery person, the producer, the manager, and through that, you must remember to lift your head high and push the company forward."

However, there are many cases in which entrepreneurs enter into investments and raise money, but eventually, the venture is closed, due to poor financial management.

By the way, the knowledge for wise financial management can come from gaining knowledge in other fields, which may seem as unrelated, like learning history.

Tzvi Stepak, one of the directors of a leading investment company in Israel and who used to be a history teacher, said: "Even today, when I work in financial education, my knowledge in history serves me as an investment manager because it gives me a perspective that not many people have."

An example of a successful business which was closed due to financial management failure:

A restaurant in Herzliya offered lunch and dinner. During lunch, the diners were offered a business menu, and during the evenings, they were offered a full price menu. Anyone who came to the restaurant duringlunch time saw a most successful restaurant, fully packed, and a long line at the entrance.

One day, the owner, who by then knew most of his clients, announced that by the end of the month, he'd be closing the venue. The reason: financial losses. The explanation: the business meals were not profitable and, in the evenings, the place was empty.

There are also many examples of entrepreneurs who raised funds but had to stop their actions, even before starting to sell, because they were running out of money as with the example of the electronic brokerage. This sometimes occurs after the company's employees got exceptional terms at the expense of the raised funds.

An example of sensible financial behavior in entrepreneurship:

There are ventures that provided generous wages and employment conditions to their employees and are no longer operating because of cash flow problems. But there are others, that know how to conduct financially, like Mirabilis Company, which is known for it's ICQ development, the world's first software to send instant messages.

When the company's founders developed the ICQ technology, they were working under very modest conditions. One of the partners, Yair Goldfinger, said once: "Our office was in Silicon Valley, in Sunnyvale, and we rented an apartment for six months in San Jose, a very cheap crime neighborhood. The apartment had nothing. We slept on the floor, on mattresses bought from the Salvation Army, and ate only one meal a day, usually cheap fast food, because we had no utensils. We also had a car, which cost $300, and whoever had to sit next to the driver had to sit with their feet apart, because of a big hole in the floor."

When our kids want to buy something, even if we can afford it financially, we must teach our kids to appreciate a purchase, After all, if we give in to his/her every whim, he/she won't achieve financial responsibility and appreciate what he/she gets.

You should also ask questions such as 'Does the child really need this? Does the price pay off? What will he/she do with it? What would he/she have to give up in return?' And more. The intention is to make the child make an informed financial decision before making the purchase. 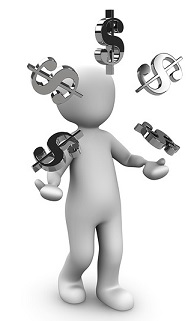 Usually, the amount of money the entrepreneur has is limited. The options to raise money are also limited and come with a price. Therefore, the entrepreneur is required to use the money wisely and in a way that will maximize his/her venture potential.

One of the budgetary sections constituting an obstacle to the entrepreneur is the marketing, and advertising in particular.

Many officials try to persuade the startup to use their advertising services. Each one promises high exposure and a rapid return on investment. These inquiries put the entrepreneur under pressure, but only he/she has the financial responsibility and the responsibility for the success of the venture.

Entrepreneurs who know how to manage financially, learn about available marketing and advertising options, focus on a specific target audience for which the venture is relevant, and choose the best cost-effective alternatives.


An example of effective, low-cost marketing:

Wright & Dickson is a company who specializes in blenders. The blender market is very competitive, and Wright & Dickson didn't have enough money to invest in a mass advertising medium.

The owner of the company had a hobby: He used to check how good his blenders were by different shred objects.

The company decided to upload a short video to YouTube - where you can see the owner of the company shredding one of the odd things he used to shred.


The videos were taken with a home video camera, and some were watched by millions.

Those videos raised the company's sales by 700%!!! And they flooded the company with applications to collaborate.


Prioritize expenses when it comes to children

Education for wise financial management starts at a young age.

Children can learn about the value of money through pocket money.

You can also teach the child to prioritize expenses by defining a budget before going to a store, and suggest that the child sticks to his/her budget while he/she chooses what to buy.