Taking Responsibility is Essential for Successful Entrepreneurship
By Galit Zamler

Michael Jordan: "I missed more than 9,000 shots in my career, I lost more than 300 games, 26 times I was asked to take the last shot, and I missed it, I failed again and again in life. And that is the reason I succeed."

We can educate children to take responsibility from an early age. Our initial tendency is to look for guilt. So does a little boy who doesn't find his toy. He tends to blame those around him, but if he had returned the toy to its place, he would have found it easily.

Therefore, if we learn to take responsibility for what is done in our lives, we can correct and improve our situation.

Taking Responsibility for What Happens to Us in Life 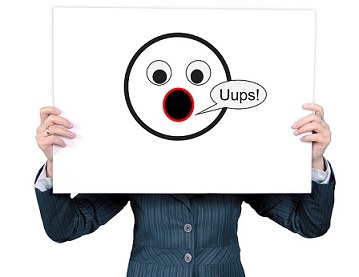 An entrepreneur who refers to his/her entrepreneurial process, even if he/she eventually failed, as a practical school for life, in which he/she accumulates experiences and acquires practice in many areas that he/she encountered as an initiator, will also be able to move on with useful insights.

Some people look for someone/something to blame when bad things happen to them.

If we do that, what message do we convey to children? After all, we serve them as a model.

When we think and say that we failed because of someone or something, it means that we do not take responsibility for our failures, because we blame someone or something else for our situation. This is true even when we don't blame anyone else in person.

Blaming others for our situation indicates a lack of faith in our ability to be responsible for our destiny and success.

On the other hand, when we succeed, we attribute the success to ourselves and our efforts. When we manage, we should check how we did it and draw conclusions, so that we can repeat the success in the future. The Israeli Air Force pilots do the same. After each flight practice, an investigation is done, whether or not the activity was successful, to help improve performance in the future.


An example from a kid's world:


An example from an adult's world:

Mrs. Batya [fake name] looked for a job and found one. She was delighted about it. A week later, she was fired. Batya complained and said: "I have had the evil eye." However, a brief conversation with her revealed the following findings.

* She was late for work twice in the first week. Of course, she had good reasons for that, in her opinion.

* The first week was defined as an experience week, meaning it was a trial week for her.

* She has already argued with her manager. She, of course, thinks she was on the right side of the argument.

The recommendation for Batya: Take responsibility for your actions even if you think you are right. If you do not deduce conclusions, then you may repeat the same mistakes, and you will find yourself fired again.

We have all experienced failures and successes in our lives. The way we treat our failures will greatly affect our ability to deal with them, overcome them, and succeed. Denial of our failures or our mistakes will not support success.

An entrepreneur recognizes mistakes, learns from them, forgives himself/herself, and becomes a better entrepreneur. If not, he/she will stay stuck and will not advance in achieving his/her goals.

Each of us makes mistakes. Mistakes are part of the entrepreneurial process because there is a reason for the saying: 'Anyone who has never made a mistake has never tried anything new.'


Examples from the entrepreneurship world:

Many entrepreneurs had said that they made mistakes when they started out, but those mistakes did not prevent them from continuing until they reach success. Assaf Naaman Hillel, a business advisor, said: "When I first started, I made many mistakes, but with the experience, success came."

Dov Moran, a serial entrepreneur and the inventor of the Disk On Key, said in an interview to the Globes Magazine:

"There's no doubt that I would go on the same path. I am what I wanted to be. With the experiences and successes and the scars and hard work.

What would I change? A lot. I've made so many mistakes. I wish that I could avoid most of them. The main thing that I would change is that I'd plan better before jumping into the water with each one of my projects.

That is why today I insist on hearing from entrepreneurs that come to me what is their business plan, where the obstacles are, and what their planning is to 'what would happen if?'."


When it comes to kids:

How should we perceive the mistakes of the children? And how we make them treat mistakes?

When a child is wrong, does he/she realize he/she was wrong? As educators, rather than being angry with him/her, we can explain the mistake. And show how to correct it. And if it can't be corrected, we'll think together, how to learn from the mistake so the child won't repeat it.

We should serve as guides for them from a very young age, so they will be able to recognize their errors, and at the same time, understand that they have the ability to learn from mistakes, improve, and be successful.

At this point, we should expand the conversation because one mistake can have many variations, and children do not always see that. As adults, we want to teach children not to repeat the same kind of mistakes and not necessarily the same specific one.

There are mistakes that children, especially teenagers, perceive as irreversible, and then they despair. Education on the importance of taking responsibility and dealing with mistakes encourages children to solve their problems and be optimistic.

When the child has difficulty forgiving himself for his mistake, we can encourage him/her, and explain to him/her how understanding his/her mistake can help him/her in the future.

In business and life in general

Yossi Yassour, in his book, 'Did you also have no hot water? A guide to preventing failures in decision-making', published by Matar writes about failure:

Investigation and Learning from Mistakes 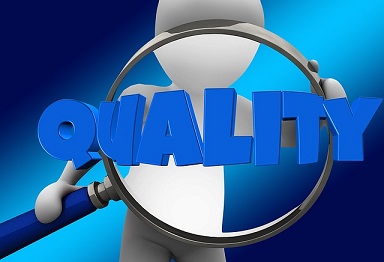 On the one hand, any startup that wants to grow and thrive needs to allow mistakes to happen, and on the other hand, examine those mistakes, learn from them, and evolve.

We are talking about a culture that allows partners and workers to dare, try, and also fail.

As stated, acknowledging mistakes and taking responsibility for them is important. Still, in order for this to happen, we must allow a process of learning from those failures to achieve growth.

An approach that seeks out who to blame, who to be angry at, and who to fire for errors and failures, is an approach that does not encourage creative thinking, leadership, and involvement, and eventually harms the chances of a startup or any other organization to succeed.

In a Facebook post, serial entrepreneur and investor Dov Moran explained why, in his opinion, the Modu company founded in 2007 failed and shut down in 2010. In the post, he explains why he takes responsibility for the failure and concludes with the following sentence: "You failed? Get up. Shake off the sand. Understand why it happened to learn and improve. And move forward." That's exactly what he did."