Creativity is the Basis for Entrepreneurship
By Galit Zamler 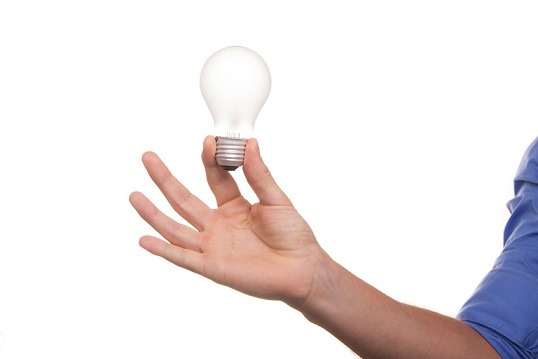 Creativity is the basis for entrepreneurship. Thinking about a project idea often stems from creativity, but creativity is also needed in the process of the realization of the venture, its development, marketing, dealing with difficulties, and more.

Creative thinking is a skill that can be learned, and cultivating creativity can take place within the school.


In general, creativity is a process of solving problems in an original way, through which creative ideas/services/products/processes are created.

Thinking about solving problems encountered by the entrepreneur, often brings him/her to carry out a product/service that meets the need and address the issue.

Looking around and the ability to see a problem as an opportunity for creation, is what encourages the establishment of ventures.

One of the subjects that the program deals with is about "creativity" in problem-solving, since coping with problems and solving them, encourages creative thinking, getting out of the box, and a comprehensive view of situations.

Some of the solutions will be used by the person him/herself and/or his/her immediate environment, but some of them can also help the community, and, in these cases, the solutions can turn into new projects.


An example of how a personal problem solution led to the establishment of a venture:

The eldest son of the Israeli couple Eleanor and Yishai was born weighing 2 kg in total.

When the parents wanted to purchase a carrier so they can walk him out, they found out that there is no suitable carrier for a baby that weighed so little.

The solution they used was: Carrying their baby in a makeshift cloth baby carrier, as African women do.

The feedback from the environment and baby moms was so positive that the couple decided that their solution could help other parents too, and hence they founded their company: Simply Good.

Since the company was founded, it has expanded its product portfolio and expanded to overseas markets. 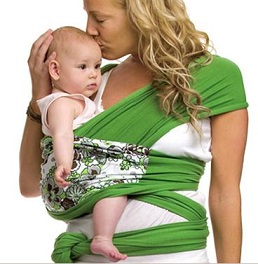 Here is a story with a moral - a story which we also present to the kids who participate in the Entrepreneurship for Kids Program in a lesson on Creativity. 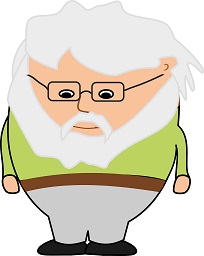 The story tells how an old retired man reveals that children were playing beneath his window, disturbing his rest. He assumed that if he yelled and expelled them, it would not help, and the noise wouldn't stop.

The man thought of how he would solve the problem differently. Eventually, he turned to the kids thanking them for playing under his window and, because he so enjoyed hearing their voices, he was willing to give each one a one NIS coin, provided that they would continue playing every day.

The children were delighted with the idea. And the retired man awarded each kid, one NIS coin a day.

In the second week the old man turned to them again, but this time, he explained, apologetically, that he doesn't have much money and so, from now on, they will only get half a Shekel each.

The children did not like it, as they got used to getting paid one NIS every day, yet most of them continued to play.

A week later, the retired man turned to them again and told them that he was very apologetic, but half a shekel is also a lot of money for him, so from now on, he would give them only ten cents.

The children didn't accept this anymore. They were angry and said that they are not willing to play under his window for such a wretched amount.

And so, the old man solved the problem and got quiet under his window.


An example of a creative solution for improving workflow:

Tesla's case demonstrates that creativity can be expressed in many different and versatile processes.

As part of the automotive quality testing process, car manufacturers need to check how long vehicles can be resilient to low temperatures. Usually, to test this, the car is being put in cooling cells, but their cost is very high.

Tesla, which in its beginnings functioned more like a start-up that was trying to save costs, found a creative and efficient solution to do the test; Tesla's engineers rented a big ice-cream refrigerated truck, with a big cooling cell. The vehicles were then put inside the cooling cell, and the engineers, who had on thick overcoats, got into the cooling cell, and in there did the official tests required for checking the vehicle's resilience in low temperature.


Technology nowadays makes us be continuously surrounded by stimuli that compete for our attention.

Entrepreneurs who develop products or services want the target audience to pay attention to them and thereby make them consume their product or service.

There is the option of investing large amounts of money by various marketing means directed to the target audience, but this money is not always available to entrepreneurs and, even if it is, it will also end, and the marketing and customers' recruitment mission is an ongoing one.

To succeed in this task, which has become more complex and challenging over time, entrepreneurs must be creative in creating differentiation and uniqueness to define their product/service, which will make people want to talk about it. As soon as you succeed in cracking this challenge, marketing becomes more natural.

You may watch the Seth Godin's TED talk on: "How to Get Your Ideas to Spread?"

Truly groundbreaking ideas are considered, at least at the beginning, to be crazy ideas, ones that most of the environment cannot understand and/or accept.

But such creative ideas are those who make real changes in the world.

For an entrepreneur with "crazy" ideas to succeed, he/she must have a vision, independent and critical thinking, and an ability to show great determination in front of all those who will try to dissuade him/her from proceeding with the idea.

Larry Page, one of Google co-founders, put it this way: "Good ideas are always crazy until they're not." This principle guides Google in its various developments.

One of these developments stemmed from a desire to search for text within a book. But all the experts in that field claimed that the project of scanning millions of books from around the world into digital format is impossible.

In spite of everything, the execution of the crazy idea has begun. And as we know today, millions of books have already been scanned by Google.

Also, the founder of the Instagram application said that the idea for the app was initially considered to be an insane idea.


Our world is competitive. It has a wide range to offer clients in different areas. To draw the attention of the target audience, we need to create a differentiation for ourselves, to stand out from the rest.

Anyone, before setting up a venture, should ask himself 'how my project is different from others? What is its uniqueness? Why would the customers prefer my business over competitors?'

Creativity can help us to distinguish ourselves from others.

Bonobos is an apparel company via e-commerce that combines the online world and the physical stores in a unique way.

The company has a chain of stores that do not hold stock of clothing. In these stores, the customers measure the clothes, get personal attention from the sellers, and choose the items that are sent to their home after a short time.

This uniqueness alongside quality products, free shipping service, and convenient return options have made the chain a leading apparel brand in the US.

Wright & Dickson did so with the blenders it produces with great success and with a simple and ingenious creative means.


To encourage creative thinking while working in groups, it's necessary first to make sure that there is an open atmosphere that allows different and peculiar ideas to be heard without any criticism from the other group members.

When we allow every group member to state his/her opinion freely without censuring what's being said, we are upping the chance that eventually, we'll get creative solutions for arising problems.

When there's a culture of openness and creativeness, it's an easy thing to implement, but when there's a group that has not yet formulated such a culture that encourages creativity, it's better first to take the time to do so.

One of the options is to engage in activities that bring us back to our childhood, allowing us to get out of the formal atmosphere. Only then should we try to deal with issues that need creativity.

It's also advised to allow each group member to reach conclusions on his/her own in the subjects that we are focused on, and after that to have a joint meeting with the rest of the group.

This kind of a brainstorming process allows independent thinking for each person on the one hand, without being affected from what that's been said, and on the other hand, the open sharing in the next step helps to come up with versatile and creative ideas and also improve ideas that have already been raised.