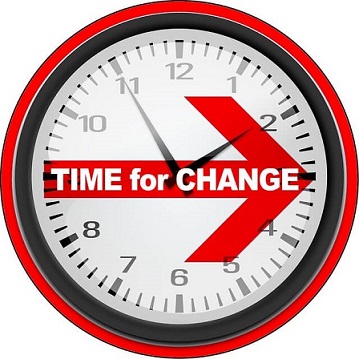 The desire to change drives the entrepreneur to act, promote, and overcome the difficulties.

Act as Opposed to Norm 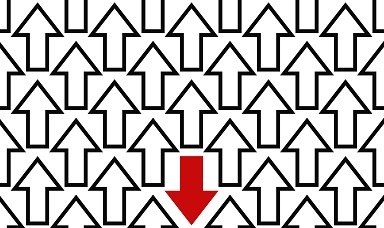 The society in which we live and the education system, in particular, been directing us from an early age to stay in the framework and obey the norm. But groundbreaking people, who have made a significant change in the world, are people who have chosen a different path.

This is usually an unacceptable path and, therefore, does not get support from the environment. These Breakthroughers are sometimes considered crazy and even unsuccessful.

Rob Siltanen has written a poem that particularly suites these people. It seems that entrepreneurs can certainly feel connected to its lyrics:

"Here's to the crazy ones. The misfits. The rebels. The troublemakers. The round pegs in the square holes. The ones who see things differently. They're not fond of rules. And they have no respect for the status quo.

"You can quote them, disagree with them, glorify or vilify them. About the only thing you can't do is ignore them. Because they change things.

"They push the human race forward. And while some may see them as the crazy ones, we see genius. Because the people who are crazy enough to think they can change the world, are the ones who do."

The poem was part of Apple's commercial:

The Desire to Change a Given Situation


When an entrepreneur wants to change a given situation, he/she is expected to encounter objections from the environment. After everyone is used to something, it is difficult to accept changes, even if they are changes that benefit them or the environment.

The more extreme the change, the more powerful the criticisms, doubts, and objections will be.

Therefore, people who make significant changes in our world are people who are motivated by a vision, who believe in themselves and in their ability to make the change and are determined to do so.

Elon Musk is one of the most influential entrepreneurs of our time. He is the mastermind behind some of the most groundbreaking projects like PayPal, Tesla, SpaceX, SolarCity, and Neuralink, which he promotes out of a desire to change what considered to be normal and obvious.

PayPal's goal was to change the way people make payments online so that the process will be easy, fast, transparent, and secure.

This may sound easy, but in the beginning, people were skeptical about the idea. Beyond that, many cheaters tried, and some even managed to trick and deceive the system, so the company had many expenses on the development and making the service reliable.

But it was the desire to change and the vision that helped the company, and its employees overcome all the difficulties.

Elon Musk conceived the vision of the electric car in order to reduce the dependence on the use of oil that pollutes the air, thus contributing to improving the quality of life on earth.

The vision of reducing the air pollution caused by cars has accompanied Tesla from the beginning. If initially it was powered by fast-charged lithium batteries, then, further along, Tesla decided to develop cars that would travel by solar energy through solar panels on the roof of the vehicles.

This is an innovative concept, which was considered unworkable in the industry and was even ridiculed for a long time. Indeed, the Tesla workers encountered many difficulties in realizing the electric car's vision, but determination, perseverance, and faith in the vision led them to success.

The following is an excerpt from the book "Elon Musk: How the Billionaire CEO of SpaceX and Tesla is Shaping our Future" by Ashlee Vance, demonstrating some of the difficulties with which Tesla has dealt with:

"Blast by blast, the engineers learned a great deal about the inner workings of the batteries. They developed methods for arranging them in ways that would prevent fires spreading from one battery to the next and other techniques for stopping explosions altogether.

Thousands of batteries exploded along the way, and the effort was worth it. It was still early days, for sure, but Tesla was on the verge of inventing battery technology that would set it apart from rivals for years to come and would become one of the company's great advantages."

SpaceX's vision has been and is still to reduce space transportation costs and enable the colonization of Mars, thus to ensure the continued existence of humanity.

In fact, the company wanted to fundamentally change the way that spaceships are launched into space to significantly lower costs.

After coping with many challenges, the company succeeded in building launchers that even can return to earth. Thus, it became the world's leading company providing space transportation services at prices that currently have no competitors.

In most cases, when it comes to fundamental change, the entrepreneurs encounter reactions of ridicule and distrust from the environment, and so did Elon Musk and SpaceX, they were considered a joke of the aeronautics industry for several years. But in the end, the company did what was considered unbelievable.

SolarCity (was acquired by Tesla) wanted to change the way people and companies are offered to use solar energy. It aims to provide all the necessary services to enable as many people as possible to use clean solar energy, including marketing, installation, and service.

Besides, the company made a change in the manner of electricity consumption through its technological ability to store electricity, which in the past was considered impossible.

Elon Musk got very excited about creating an interface that connects the human brain with a computer so that people can telepathically communicate over a shared network of neurons. This project is in its infancy and, unsurprisingly, is getting a lot of skepticism amongst experts.

A Desire to Change Stems from a Personal Experience

This inner motivation, from personal experience, combined with proactivity, leads people to initiate and leave their mark on the world.


Garrett Moran's story is a good example of this:

It is clear to all of us that the traffic lights for drivers are of three colors: red, yellow, and green. But once, traffic lights were different; they had only two options.

In 1923 Garrett Morgan thought of the need to change the traffic light structure after he witnessed an accident between a car to a carriage with a horse. The accident happened because the traffic lights changed too suddenly from one option to another.

He thought that if the driver would've known that the traffic lights would change soon, he wouldn't have been surprised, and could've stopped on time.

Garrett Morgan redesigned the new traffic light and even registered it as a patent. He managed to convince authorities in the United States and Europe to switch to traffic lights with three options.

Later on, he sold his invention to General Electric, which improved it into the three-colored traffic lights that we know today.

It seems that thanks to his personal experience and the actions that he took to change the situation, he reduced the accidents causing by traffic lights changing.

By the way, the same Garrett Morgan is also responsible for many other inventions, such as the improved sewing machine, a respirator mask that filters toxins, hair straightening products, and more.

Being a son of a big family and a graduate of only six years of studies did not prevent him from identifying needs and making inventions that affected the world.